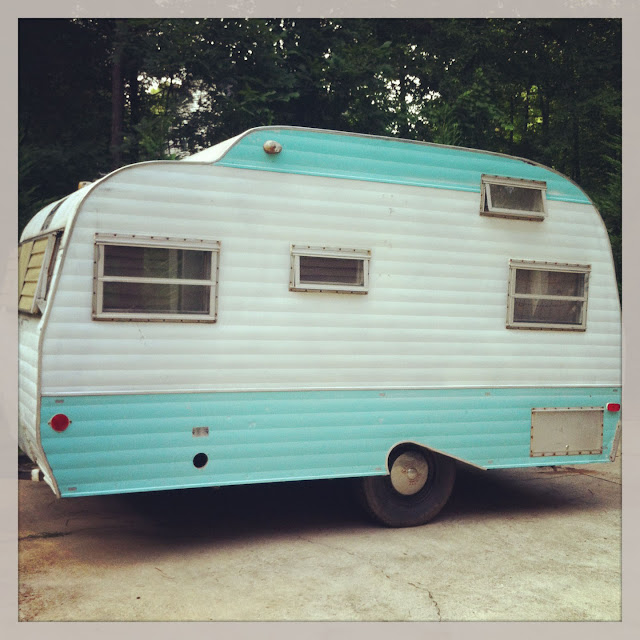 Oh boy! The Heynen family bought a travel trailer last night.
Let me tell you a bit about it all... This camper obsession started about 8 years ago. It was originally all Nik who wanted a vintage airstream to travel the country in. I have always loved the idea of restoring one but not so much camping in it. But we started tent camping at the beach and it turns out I really like camping. I'm a beach person not a mountain person that was the whole problem, not the camping part.
So over the years we have also always talked about taking a big out west trip, seeing all of the parks, mountains, etc. Nik still wanted to go with the camper model of seeing the west. I was more of the hotel and partial camping model. I didn't like the idea of pulling something, flat tires, maintenance etc. But after checking out the cost of renting an RV or staying in hotels, by far the vintage trailer was the best option. If you've been on Pinterest you probably have seen the million photos of redone vintage trailers. After seeing them, I was hooked, it just had to be small. 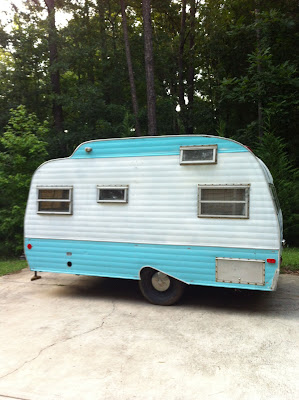 We started doing research on the types of vintage trailers out there. We came to a conclusion that we wanted a Shasta or a Serro Scotty. They are the most popular and so you can find parts and online DIY posts. With there being four of us, that narrowed the choices down to just a couple of options. Most of the 12ft and under trailers sleep 2-3. I will admit, we're going to be tight in this one, but we all get a bed. 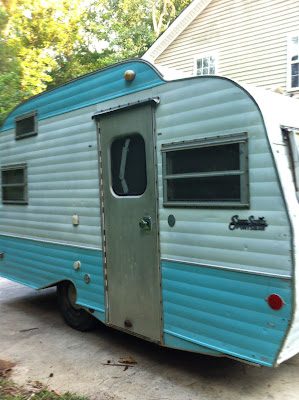 I became partial to the Serro Scotty because my Grandpa and Grandma had one of these and maybe around the same year as this one. I'm going to see if anyone can find a family photo of them with it. I would love to see it.

So with our trip planned for next year, we knew that this summer we needed to buy the trailer. Nik and I are willing to learn but in general we don't know a whole lot about fixing things, it's going to take us awhile. We've had our eye on Craigslist and Ebay for the past few months. Lots of really old and gutted fixer upppers out there. I came across a few though that fit our requirements. The first trailer sold before I could even get a hold of the person to come see it. The second one I found, we were under the impression that it was ours once we came to see it. Then all of sudden someone else got to see it first and buy it. I was super bummed because it was in good shape. Then I woke up the next morning and voila on Craigslist 20 minutes from our house was this one. I called right away, we went out a saw it and said yes immediately. They were super nice folks and let us come get it last night. They had loads of other calls throughout the day but they saved it for us, what a relief. 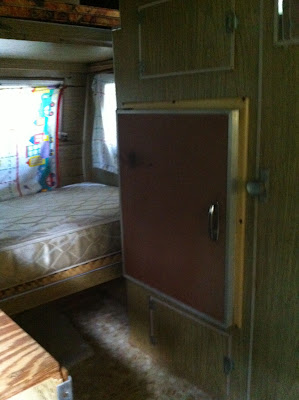 It needs more work than the one we originally thought we were getting, but we Heynen's always like to look on the bright side. We've decided that this way we get to add a new stove, wiring, and plumbing that would have been old in the other trailer. And in the end for about the same price. 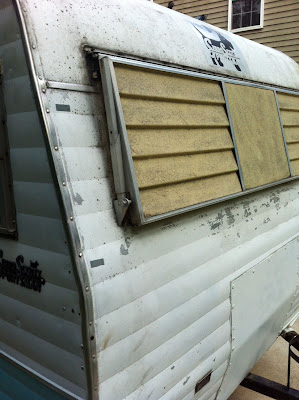 The selling point for us on this trailer was the outside. It's in beautiful condition for it's age. We will clean it up some but we don't have to paint it. I love the turquoise and white. So it's all about the interior. Did I mention that all four of us are really allergic to dust mites? 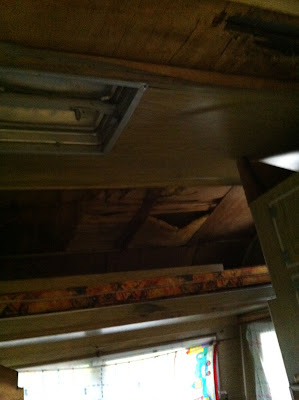 There's the ceiling water damage. From the first looks of it the side wall are all good. We've got our fingers crossed that they really are. 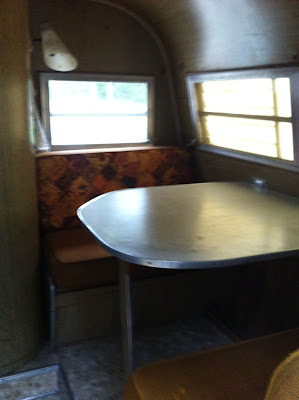 The dinette and cabinets are all original. We pulled it home last night and it was pretty easy to do. It's the same width as the car so we didn't have to compensate for size. The best part is that it's so light, Nik was able to pick it up by the tongue and move it. That's super handy because our plan is to use it as an office, guest room, slumber party camper when we are back from our trip out west. We can park it in the backyard wherever we would like without having to use the truck to get it there. 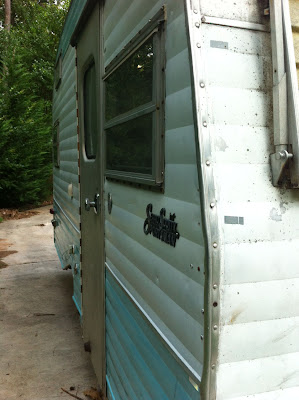 I have big decorating plans. I have a bit of an idea right now of how I would like it to look. Kind of a retro, kitschy travel theme but Jangled up and happy of course. I will blog as we redo the camper. Oh and a name... were still thinking of one but for now Lucy is what sticks in my head. We'll see if anyone else comes up with something better.

Here we are cheesing it up for our first day with Lucy. 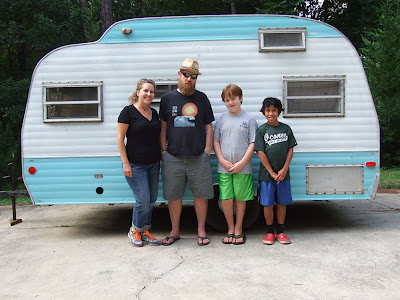