Studio Redo, Converting the Garage into a Studio 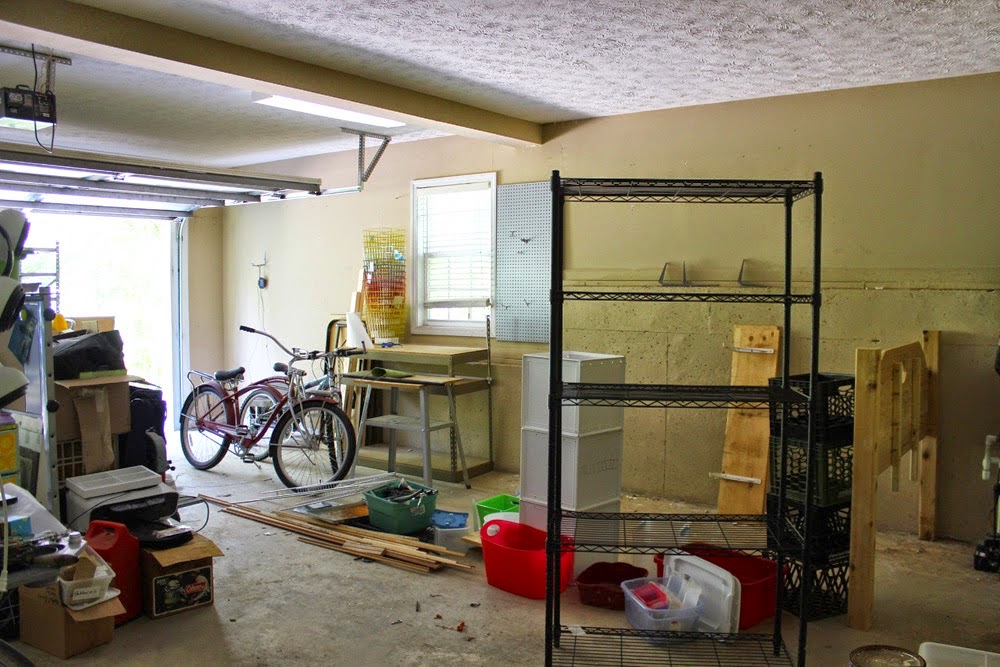 I have been terrible about showing photos of my studio redo, it's been a very long process, because I have been working on my studio as I slowly redo it. Back in the fall, I mentioned it would be starting.... but now I am back with some pictures of the work we have done so far.
Let me back up and say, my old studio, as bright and pretty as it was had two big problems. The biggest of problems....no windows. I really was going crazy spending my days in a room without windows. See when we bought our house, my studio was here and not in the house. As busy and fun as it was to have the store and the studio, it was a TON of stress and not really where I wanted my business to be. Nik and I had lots of conversations on how to remedy the studio problem, moving vs. not moving, etc. We love our house and especially our yard, and we never actually used the garage for our cars. The last two years it had been full of camper parts.
So we decided that we would covert the garage in to my studio. Here's what we did to get the bones of the studio. 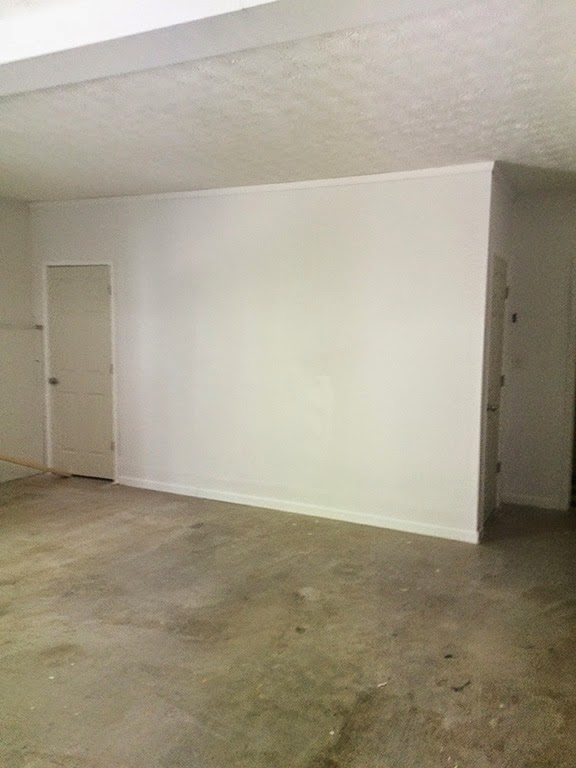 First things first, I painted it white. Oh ya, forgot to mention the second problem with my old studio was the color. It was beautiful too look at, but incredibly hard to take pictures in there. I am a huge fab of white backgrounds to make colors pop, so I decided the studio should have a white background. There's color coming, I promise.

We built a giant closet along the back wall. That will store all of my show displays, patterns, etc. 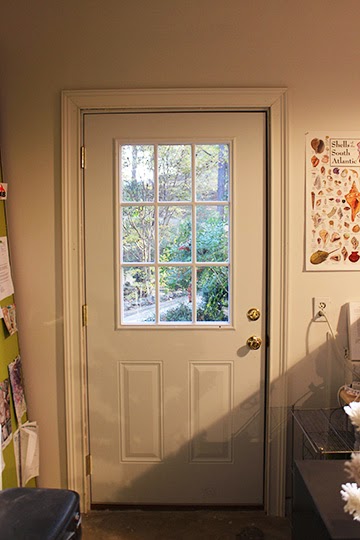 Next, we put in a door, Nik and I were hi giving on this one. We have never cute a hole in a wall, let alone put a door in, we were very proud of ourselves. It actually was pretty easy after watching a few YouTube videos to get some help.

Feeling so handy we decided to put in a window as well. There was one already, but we added a second. 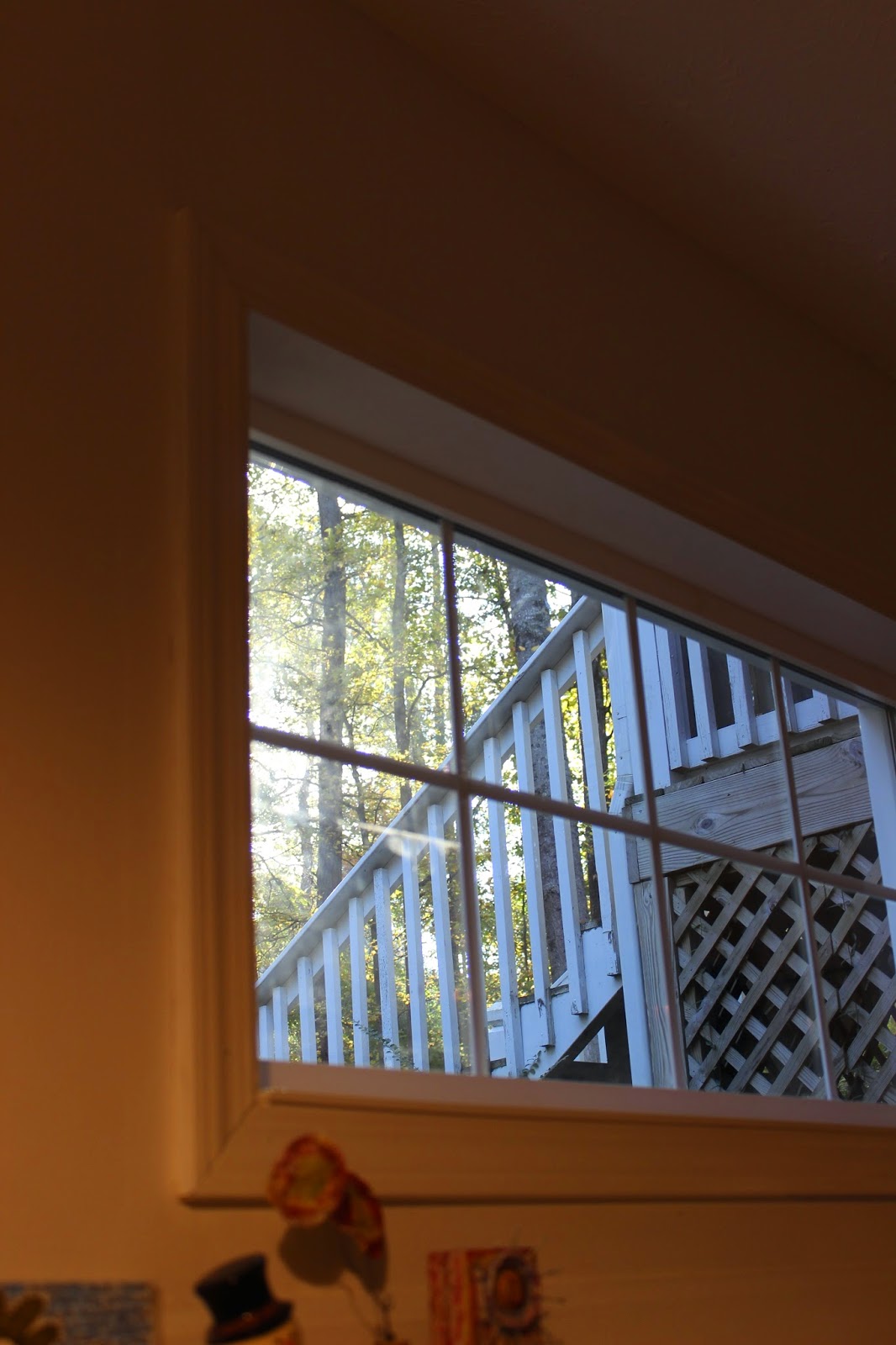 Then on to covering up the garage door. 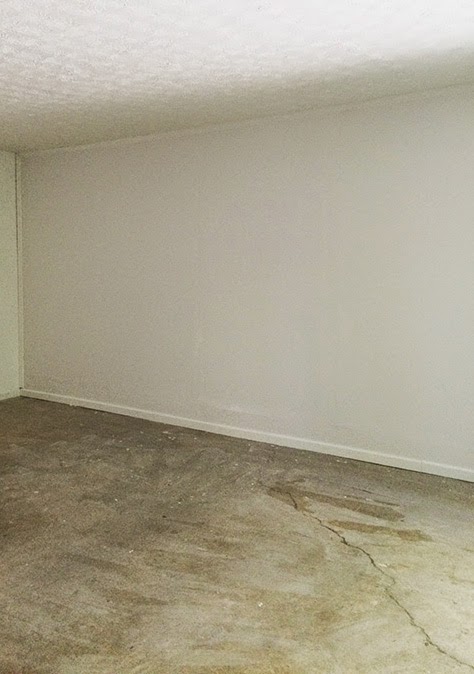 I did not want the signs of a garage door, but I also wanted to be able to convert the studio back to a garage if we ever decided to move. Darn it! I am kicking myself for not taking pictures of this, but anyway, we left the door up. We had a garage door specialist come out and remove the tension from the door. We did this because my dad warned me that those springs can kill you if they pop, not something I wanted to deal with. After the spring tension was released, I removed the track and the opener from the ceiling. I put them those parts in the big storage closet. Then I sealed around the garage door and built a wall. I insulated and drywalled it, something else I had never done.
It doesn't look like a garage at all! 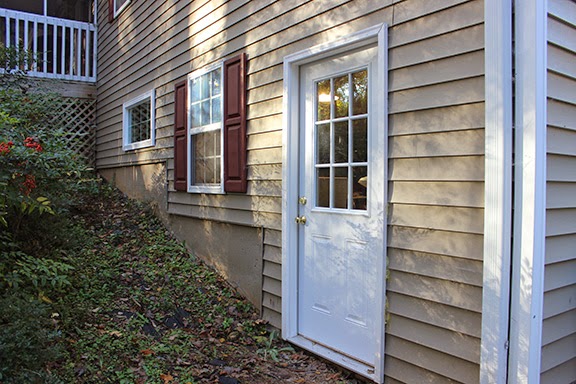 Heres' the view of the outside. I've got plans to turn this into a little terraced garden and sitting area. I am waiting on a warm up for that.

Stay tuned, I will be back soon with what I have been doing to the inside.